Opting For Individuality At Montessori School

Opting For Individuality At Montessori School 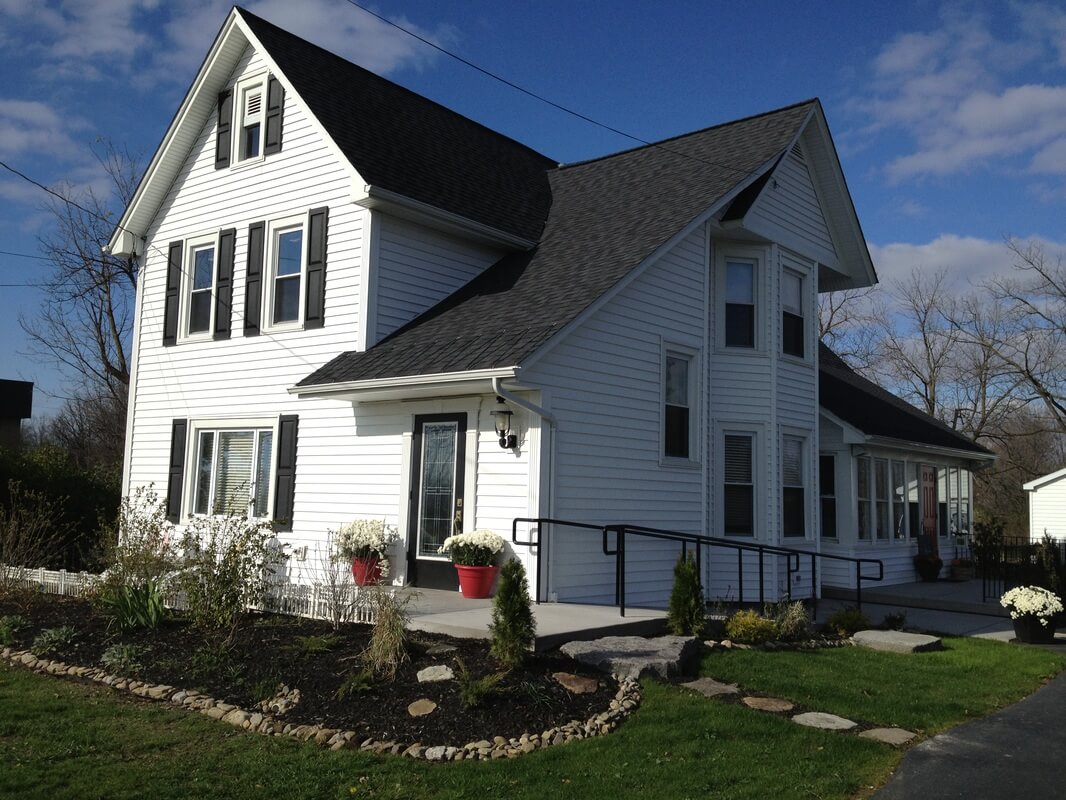 achievers, how montessori works, in the news, Montessori, montessori success In The News Admin 0 Comments

From her roots and childhood enjoying the outdoors in the Jamestown area, Anna Liuzzo, a Jamestown High School alumnus, spends her time showing Clarence students the beauty of the environment.

Liuzzo, a 1989 JHS graduate, finds herself five years into the creation of her own Montessori style school called Roots of the Future, Liuzzo just recently completed her sixth year directing a school where students are taught in a “different way.”

The Montessori method of education was created by a woman named Maria Montessori. In this style of teaching, classrooms are comprised of mixed aged groups and the focus is individualized for each particular student, according to Liuzzo. Students are given more freedom, or perceived freedom, to choose what they learn. In addition, many lessons are disguised as fun activities so the students don’t necessarily know they’re being instructed — at least not in a traditional sense.

In addition, at Roots of the Future student self-esteem is a primary focus. Subsequently, competition isn’t necessarily encouraged as the goal is to focus on each student’s strengths and expand upon their weaknesses. 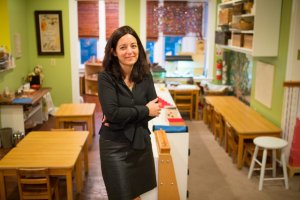 “(Traditional education settings) are focusing on what they can’t do,” she said as opposed to “encouraging a child’s strength” — such encouragement is emphasized at Roots of the Future.

At Liuzzo’s school, students ages 2-6 years old are taught in one class room. At the end of the current school year, the class housed 32 students. In addition to being the director, Liuzzo teaches alongside Nora King and Karyn Dieffenderfer.

The class days are from 8:30-11:30 a.m. Monday through Friday. The school offers three, four or five day options.

While students are only in class for three hours, Liuzzo said students benefit from “uninterrupted work time.”

Liuzzo admitted that almost a decade ago she had no idea what a Montessori school was, and before that she wasn’t even planning on becoming a teacher at all. In fact, it wasn’t until she obtained a student-teaching job in Buffalo at a Montessori school that she understood what the unconventional teaching style actually was.

“It’s a very different way of learning,” she said.

It was at her student teaching job at Bennett Park Montessori in the Buffalo Public Schools when she realized the Montessori teaching methods were — in her opinion — better.

She said the students there were excited to learn without any “outside rewards” and this idea stuck with her even though her journey as a Montessori school director wouldn’t begin until several years later.

After graduating from the University of Buffalo with a master’s degree in elementary education and a bachelor’s degree in psychology, she nabbed a position as a science teacher at Lewiston-Porter Middle School.

While there, she tried to incorporate as much of the Montessori methods as she could that were learned through her previous student-teaching position.

There, she realized students are often left behind, or forced to move on to a topic when the previous topic hasn’t been mastered.

Liuzzo would eventually end up taking a year off to earn her PhD. from UB in science education.

When comparing the two methods she said the traditional style in a public school “is fine for many people, but not every one is the same.”

And in 2012, she left her job at Lewiston and opened up her own Montessori school, Roots of the Future.

As for the name, she said each Montessori school has its own “personality.” She decided that hers would be more nature based and environmental themed.

While teaching in a traditional class setting, Liuzzo said she got a sense that students were also losing an interest for the outdoors.

“I found more and more children were not in touch with nature,” she said.

As to why that is, she didn’t quite know, but partially joked that “all these generations of people stopped going outside.”

Students at the Montessori school are encouraged to explore the outside and are taught an overall respectfulness to nature.

“They’re taught about caring for the environment and caring for overall life,” she said.

While at JHS, Liuzzo, while teaching in an unconventional style, excelled in the traditional method of schooling. Her favorite course was undoubtedly science.

“I always had influential science teachers in high school,” she said.

Outside of school, Liuzzo just simply loved the outdoors from hiking in the wilderness and boating on Chautauqua Lake.

While not knowing it at the time, she admitted her roots and upbringing helped her in the long run on becoming a teacher, and eventually running her own school showing children the outdoors that she grew to love growing up in Jamestown